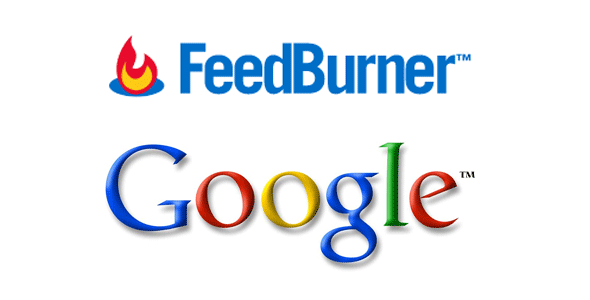 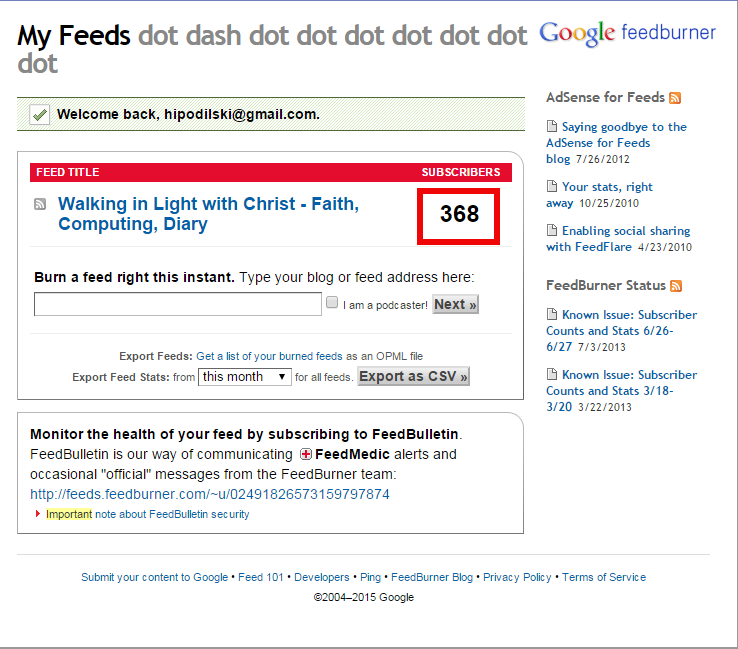 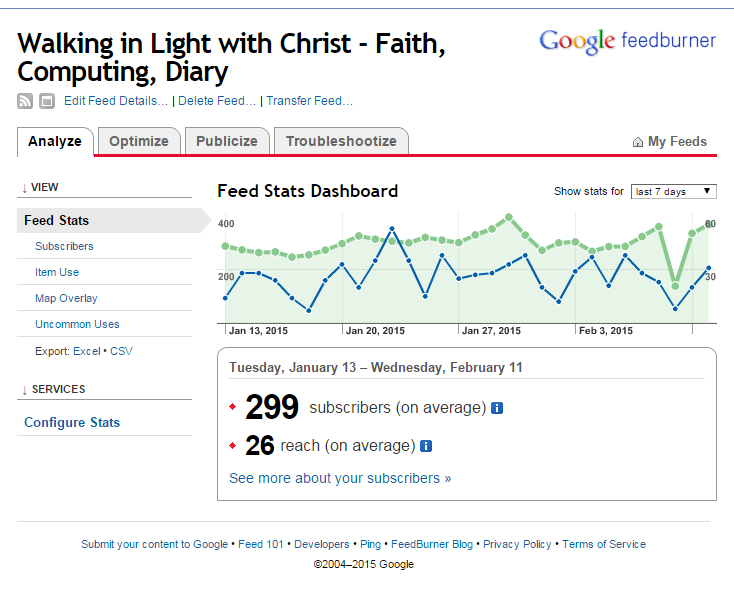 
I’ve spend many hours googling on the Feedburner issues just to found out such an errors is not news and even to understand FeedBurner used to be a separate company from Google before Google purchased it. So the problems this service is facing is an ancestry from the previous company.

From everything I red I understood the reason behind listeners in Google Feedburner to be 0 is often Google’s backend system, however I was not sure whether the problem I end up with is not caused by new enabled plugins I was suspecting the 0 subscriptions feed error might be caused by WP Author, Date and Meta Remover plugin  – which is a cool plugin that wipes out all the annoying Author and Meta info that is set by plugin authors and just takes up space of the HTML / CSS / Javascript code

Other thing I tried is to not use code generated from Google Feedburner’s interface but instead use Feedburner stats wordpress plugin  which is basicly doing the same thing but this doesn’t help either. That problem was really driving me crazy as it eat up at least one day from my life so finally after reading tons of posts online, I’ve learned that Enabled website caching also influences on how FeedBurner Counter button is displayed, thus I tried cleaning up W3 Total Cache’s Cache, Restarting the Apache server to make sure no caching is done on Apache level but guess what this didn’t solve it …

Finally after too much investigations and attempts to generate manually counter values with a PHP script I started trying to change values from the code form received from Google FeedBurner’s site (note to make here is this FeedCounter html code is on my WordPress Site Widgets – Appearance  -> Widgets), e.g. the code issuing the 0 listeners picture was like this:

I’ve realied after that it doesn’t really matter whether I put listeners=335 or listeners=335000  because in reality webserver is diong some kind of ModRewrite rule rewriting the passed address to closest existing one.