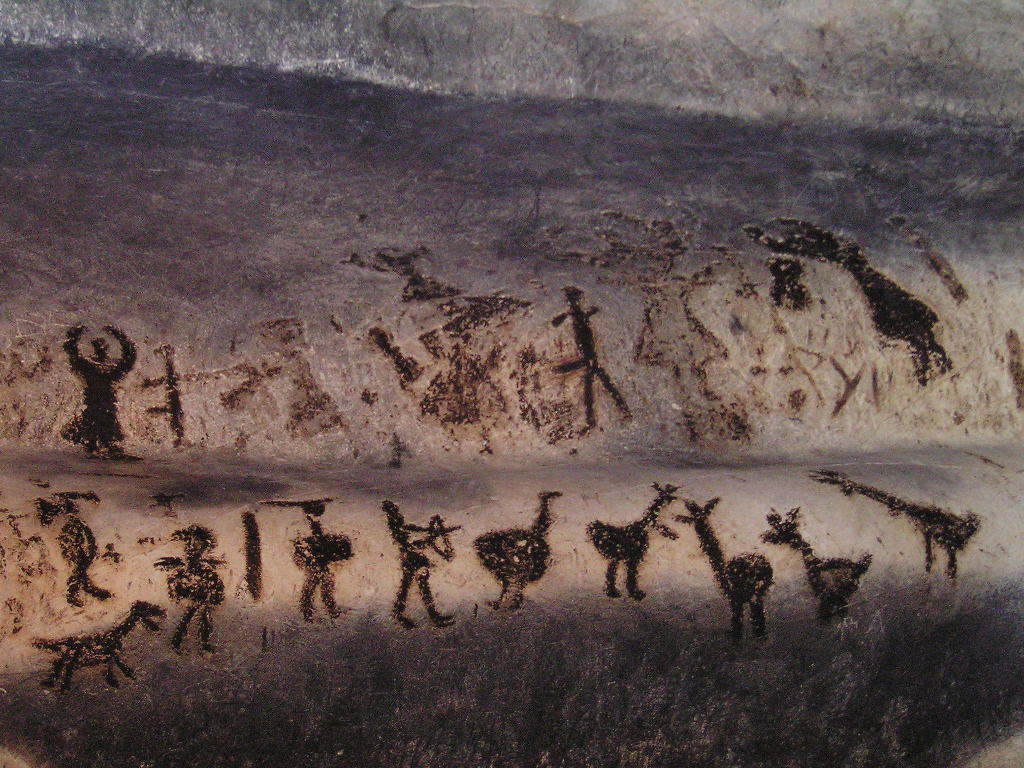 The pictures are being separated in 8 groups, among which are 55 woman paintings, 23 men, 11 animal figures and 16 signs. Scenes are said by some prehistoric era researchers to cult of fertiliy, and  signs / letters symbols connected to ancient magical believes which the cave inhabitants were using to pray for survival. 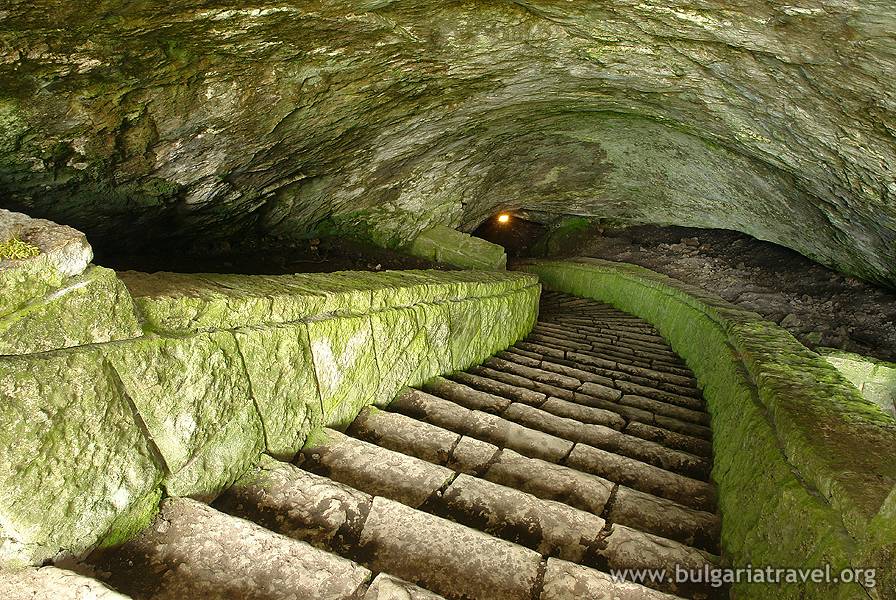 The pictures are made in different periods, eneolite, bronze epoch and some are in “newer.” epochs. Mostancient is image of galoping horse, which is dated to 12000 years (before Christ).
However as you can see yourself on the picture there is a cross and since as a Christian I know the world is a little bit more than 7500 years the 12000 years dating is impossible.
Ohra material was used for the painting, much later the painting was repeated with bat guano.  Also it is evident on the picture a cross and we know that ancient times of old testament, there were primitive living people and in my opinion this paintings were done at time of Abraham and Jacob or a little bit after Noah’s (Noah ark’s) time.